ANAHEIM, CA – Peptide receptor radionuclide therapy (PRRT) has been shown to be safe and effective for patients with grade 3 (G3) neuroendocrine neoplasms (NENs), according to research presented at the Society of Nuclear Medicine and Molecular Imaging’s (SNMMI) 66th Annual Meeting.

“While numerous studies have demonstrated the effectiveness of PRRT in well-differentiated grade 1 and 2 neuroendocrine neoplasms, limited data has been reported on PRRT in G3 NENs,” noted Richard P. Baum, MD, PhD, chairman and clinical director at THERANOSTICS Center for Molecular Radiotherapy and Precision Oncology in Bad Berka, Germany. “Our study—which followed the largest cohort of G3 NEN patients for the longest period of time—aimed to assess the safety and efficacy of PRRT in terms of survival analysis. In addition, we evaluated the utility of positron emission tomography (PET)/computed tomography (CT) in predicting long-term prognosis.”

In the study, 69 patients with various types of metastatic, progressive G3 NENs received PRRT with 177Lu- and/or 90Y-labeled DOTATATE or DOTATOC. For some patients this therapy was a first-line treatment, but for the majority, PRRT was a second- or third-line treatment. Patients were followed for a median of 94.3 months, and progression-free survival and overall survival rates were calculated.

“Compared to studies evaluating the efficacy of chemotherapy for NEN patients with a Ki-67 index less than or equal to 55 percent, PRRT has a longer overall survival rate—22 months versus 14 months,” the researchers pointed out. “These results suggest that PRRT, rather than chemotherapy, may be a superior first-line therapeutic option in selected patients with a high level of SSTR expression and a Ki-67 index of less than or equal to 55%.”

In addition to tracking survival rates, researchers also performed response assessments with 68Ga-SSTR PET/CT and 18F-FDG PET/CT. Patients with a good response and favorable outcome after PRRT were observed to have a relatively higher SUVmax with 68Ga-SSTR PET/CT imaging. Patients with no or minor 18F-FDG uptake responded well to PRRT, and the survival rates were significantly longer than for those with avid 18F-FDG uptake. In terms of stratifying patients, the mismatch pattern of low 18F-FDG uptake and high 68Ga-SSTR uptake was associated with a better long-term prognosis.

Jingjing Zhang and Richard P. Baum of Zentralklinik Bad Berka noted, “Overall, our findings demonstrated that PRRT was tolerated well, without any significant adverse effects, and was effective in patients with G3 NENs, even those for whom chemotherapy had failed. These findings provide the basis for the expansion of clinical indications of PRRT in the future.” 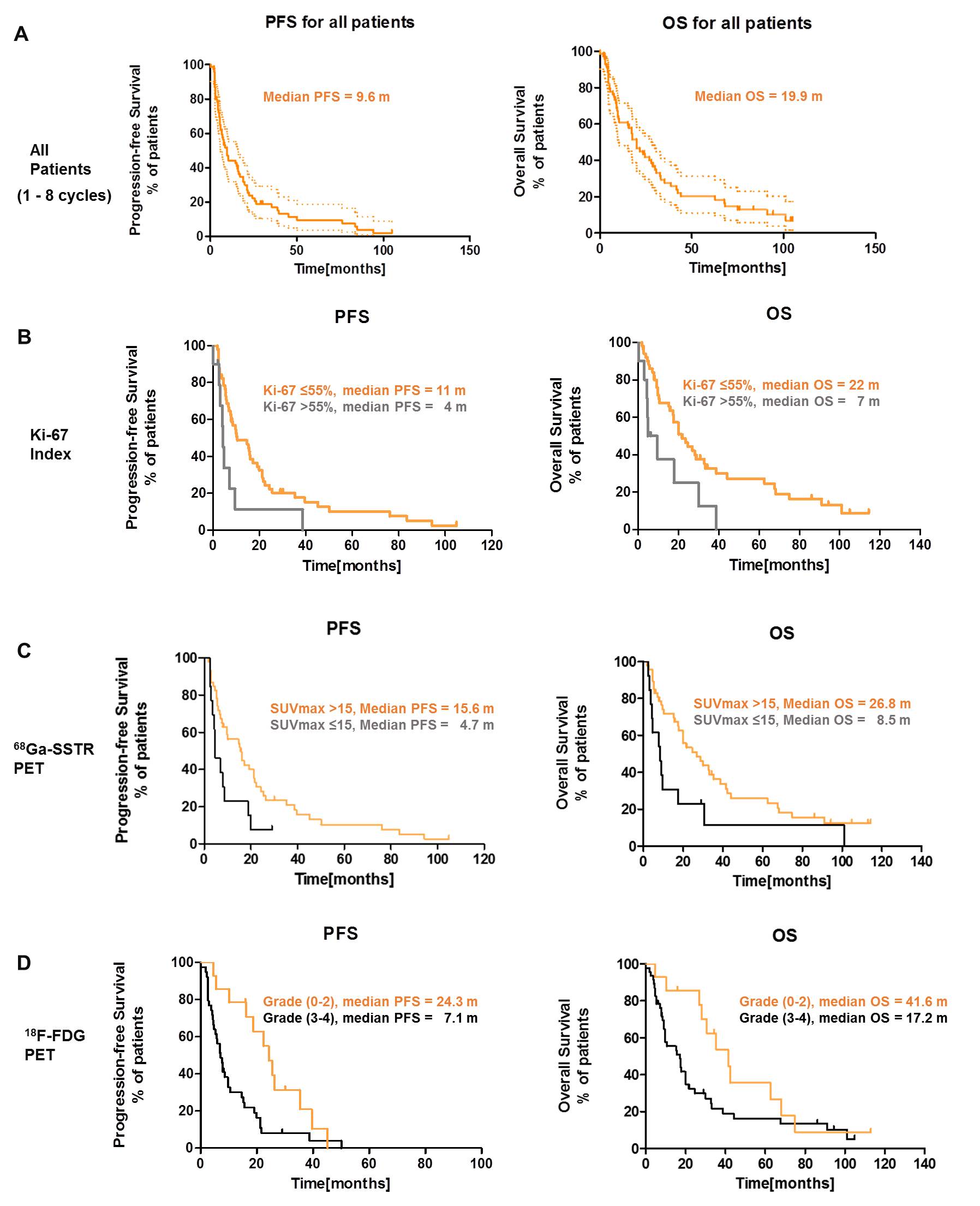 To schedule an interview with the researchers, please contact David Harrison at (410) 804-1728 or david@harrisoncommunications.net. All 2019 SNMMI Annual Meeting abstracts can be found online at http://jnm.snmjournals.org/content/60/supplement_1.

The Society of Nuclear Medicine and Molecular Imaging (SNMMI) is an international scientific and medical organization dedicated to advancing nuclear medicine and molecular imaging, vital elements of precision medicine that allow diagnosis and treatment to be tailored to individual patients in order to achieve the best possible outcomes.